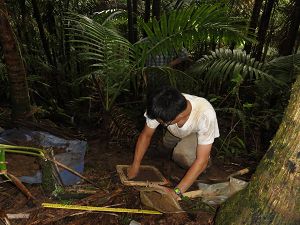 Biogeochemical studies in the Luquillo CZO are closely linked to all aspects of the CZO and are designed to increase our understanding of the role of lithology and weathering in the maintaining the biogeochemical processes of the earth surface.