NASA MODIS natural color image of the central and southern Sierra Nevada collected 2 April 2016.
On coast: cloud cover over San Francisco and Monterey Bay areas.
In mountains: Visible major river systems on the western side of the Sierra Nevada from north to south are Stanisalaus,Tuolumne, Merced, San Joaquin, Kings, Kaweah, Tule, and Kern. Mono Lake is East of the Tuolumne River.

The goals of the Southern Sierra Critical Zone Observatory’s outreach and education program are:

for the security and resilience of resources and societies

Through outreach to multiple audiences and many partnerships across the region, state, and country, we work to achieve this mission. For the greater scientific community, we frequently share findings through publications and presentations, as well as serve as a platform for scientific research in multiple disciplines. Scientists visit our sites to collect samples for both independent and collaborative projects. SSCZO researchers and staff regularly engage with local, state, and federal officials; and regional watershed and forest management groups. And K-12, higher education, and public activities over recent years have included undergraduate critical zone course curriculum development and instruction, educational content and activity trainings with teachers, interactive booths at environmental festivals for schoolchildren and families, Master Gardener workshops using SSCZO findings, and local to national print and online news coverage.

A post shared by Critical Zone Observatories (@criticalzoneorg) on

Erin Stacy (Education and Outreach Coordinator) listens to a student explain the water cycle at the 2013 Science Days event.

Erin talks about how animals from the region depend on water flows from the mountains. Some of the animals were the Foothill Yellow-legged Frog (Rana boylii), the Aboreal Salamander (Aneides lugubris), and the Fisher (Martes pennanti).

Billy Mayse and Jeff Laird (left and right, respectively, both 2013 summer staff) quiz students on local wildlife that are dependent on streams and other waterbodies.

Every year, SSCZO presents to hundreds of grade school students as part of Southern California Edison's Science Days in Shaver Lake. At the 2013 event, Southern Sierra staff presented on how the water cycle impacts local wildlife, and discussed several special local species with more than 500 students. Students, grades K-8 from 3 local schools, also learned about forest products, birds, and other topics at the other stations. Education and Outreach Coordinator Erin Stacy presented at all three days, but new summer employees also had a chance in front of the students.

In May and June of 2012, SSCZO staff participated in the Southern California Edison Science Days. Elementary and middle school classes traveled to Camp Edison (outside Shaver Lake) and visited stations set up to teach about nature and science. The event theme in 2012 focused on plants. SSCZO staff facilitated an activity describing the water cycle in and around a single tree.

In 2011, the SCE Science Days theme was water. Southern Sierra CZO colleagues gave a presentation on hydrologic cycle and how researchers use various instruments to measure the water cycle.

Carolyn Hunsaker (US Forest Service researcher) runs through the agenda for the day.

Roger Bales (professor and SNRI Director at UC Merced) explains the eddy covariance flux tower setup from his perch on the tower's base scaffolding.

The tower is 50 m (160 ft) tall in order to accurately capture the activity of the mixed conifer forest. Among the items around the base of this tower are a infrared gas analyzer (IRGA) for gas samples, a gas tank with reference CO2, a storage chest, and solar panels. The elevated scaffolding, where Roger Bales is sitting, allows for easier access when snows are high.

Carolyn Hunsaker explains instrumentation at one of the Providence streams. Two flumes track stream discharge, and below those flumes, a settling basin captures sediment.

This July 2011 outing allowed stakeholders and the public to see the cutting-edge research being conducted at the site. Five congressional staff and 2 state senate staff members attended, along with representatives of several local organizations.

Students cross a meadow on their way to the sampling site, 11 March 2013. Much of the snow in this meadow had melted by just a week later.

Matt Meadows, Chong Vue and Sergio Chairez pause for a picture while weighing a snowtube.

On March 11th, the snow was deep enough at some points to need an extension on the snow tube (about 1 m snow depth shown here, on the shaded south side of a meadow).

Sergio and Devan squeeze under branches to reach a sampling point.

CZO staff Matt Meadows points out the ice layers revealed in the snow pit. After a week of warm weather, snow was melting quickly.

Three of the CART students take a sample from the exposed face of the snow pit with a metal wedge in order to quantify snow density in a certain layer.

The 2013 project was designed to measure the distribution and snow water equivalent of snowpack around the trees. Darrel and Devan  wait as Tristan takes a snow sample on the west side of the tree. Snow was very patchy and shallow in comparison  to just a week before.

The Spring 2013 student group from the Center for Advanced Research and Technology (CART). Six students from CART designed and exectued a research project looking at differences in snow depth and density in relation to trees (including slope aspect, cardinal direction from tree trunk and tree canopy). The students learned how to use a federal snow sampler, and to dig a snow pit for refined snow density analysis. Two trips to the CZO Providence site offered the students onsite experience with CZO staff Matt Meadows and Erin Stacy and CART teacher Steve Wilson. Students will present final work in May.

More news about SSCZO on Center for Ecosystem Climate Solutions

24 Nov 2020 - More news about SSCZO on Center for Ecosystem Climate Solutions, which grew out of the SSCZO, also on Sustainable California

27 Oct 2020 - They’re beneath our feet, but we seldom hear important signals in the soils 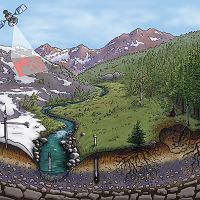 17 Jun 2020 - For an updated listing of these talks, including abstracts, see /national/education-outreach/sustainability-2020/ The U.S.... 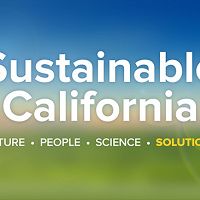 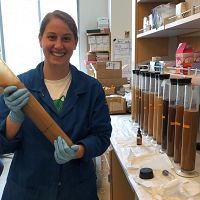 14 Nov 2018 - Say 'Hello!' to biogeochemist Morgan Barnes! Morgan specializes in the study of soil nutrient biogeochemistry, focusing on phosphorus in the Sierras 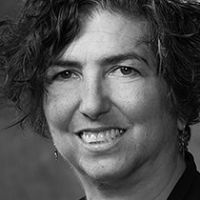 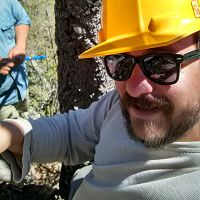 24 Oct 2018 - Meet forest ecologist Jeff Lauder! Lauder's research focuses on Sierra Nevada Conifers and how they have been responding to stress during drought! 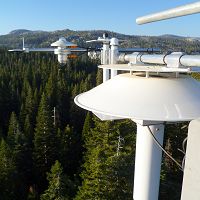