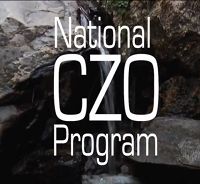 The NSF-funded Critical Zone Observatories (CZOs) and National Office (CZONO) will be well represented at the upcoming annual meeting of the American Geophysical Union in San Francisco (Dec. 14-18). Over 150 posters and presentations will be made by this community in numerous sessions spanning Monday through Friday of the meeting -- see attached agenda for a list of these presentations.

CZO personnel will be available to meet with you in the Exhibit Hall throughout the meeting - please stop by Booth 214 to say hello and learn about what is new in the CZO program heading into 2016.

> Please see our newsletter CZNews: Winter 2016 for additional details of the CZO presence at AGU 2015.

For groundbreaking contributions to understanding hillslope to landscape-scale hydrological processes.

For pioneering contributions in ecohydrology and for advancing our understanding of plant, soil, and atmosphere interactions in the hydrologic cycle.

For pioneering the field of “hydrocomplexity” to understand the emergent behaviors in multiscale water, climate, and vegetation interactions.

For pioneering digital topographic analysis at multiple scales and leading the interfacing of hydrology and ecology.

For fundamental contributions to quantitative understanding of soils in global change and carbon cycling.

The award recognizes “a scientist who has either made a single significant advance or sustained significant contributions to the field of Earth and planetary surface processes, and who has in addition promoted an environment of unselfish cooperation in research and the inclusion of young scientists into the field.”

The diversity of opportunity that greets geomorphologists today is stunning: It ranges from Google Earth’s view of the entire planet to our ability to measure rocks flexing beneath breaking waves. Today, our challenge is less in making observations; rather, it’s deciding which observations can provide critical insights on how, when, and why diverse surface processes sculpt Earth’s surface.  Few geomorphologists have been as incisive in choosing the key observations needed to quantify a problem, as creative in their use of technology, as diverse in the range of geomorphic environments that they have studied, or as productive in developing new, quantified theories of landscape evolution as this year’s G. K. Gilbert Award winner, Bob Anderson.

For nearly 30 years, Bob has shown us how to combine a rich understanding of geomorphic processes with strong skills in mathematical and physical analysis in order to attain fundamental new insights on landscapes. He has used this combination to develop novel theories explaining processes and landforms at scales that span from eolian sand grain impacts to mountain ranges. Bob’s ability to move seamlessly from the geophysical aspects of crustal dynamics to the mechanics of frost cracking to new applications of cosmogenic nuclides has repeatedly given us remarkable insights on how the Earth works.

During his years at Santa Cruz and Colorado, Bob has mentored a noteworthy group of younger geomorphologists who are now advancing our field in new directions. In nearly all of their publications, Bob’s mentorship and intellectual “fingerprints” are clearly visible. Bob’s freely available pedagogical gem “The Little Book of Geomorphology: Exercising the Principle of Conservation” typifies his rigorous thinking, his perennial enthusiasm and curiosity, and his scholarly generosity.

For his remarkable, provocative, and diverse contributions to our field, Bob Anderson is distinctly deserving of the 2015 G. K. Gilbert Award.

The medal is for “significant contributions to the geophysical sciences by an outstanding early career scientist.”

Kate Maher has made extraordinary contributions to our understanding of the geochemistry of critical zone processes. Her achievements have impacted our understanding of silicate weathering, soil formation, groundwater flow and transport, and the global carbon dioxide cycle.

Kate’s research specifically focuses on the rates of chemical reactions that occur at Earth’s surface and down to shallow depths. She has used her expertise in isotope geochemistry and reactive transport modeling to understand how water moves through rock materials, transforming it chemically. Her insightful analysis of how to interpret the disequilibrium of uranium isotopes is informing the interpretation of erosion and soil production.

Her impactful work began during her graduate work at Berkeley and has developed into a more generalized use of isotope systematics in hydrologic systems during her tenure at Stanford. She and her students are now bridging the divide between hydrological and geochemical modeling to push forward the understanding of flow and transport in soils, aquifers, and deeper reservoirs. Geochemical measurements hold the promise of constraining hydrologic modeling at a variety of spatial and temporal scales, and Kate’s work is pushing forward this frontier both from a theoretical point of view and in application to real systems.

Her models and data have elucidated several -long-​-standing puzzles. She clarified one of the main reasons why the kinetics of reactions are observed to be slower in the laboratory than the field. She presented quantitative models explaining paradoxes related to solutes and stream flow in catchments. Her latest work is elucidating the thermostat for the global carbon cycle. At the same time, she is contributing to more applied problems related to the geological sequestration of carbon dioxide and radionuclides in the environment.

Kate has the quantitative skills, geological insights, and leadership talent needed to tackle the biggest problems in Earth surface processes. We currently know more about modeling the movements of air masses and ocean waters globally than we know about modeling the movements of water, solutes, and particles in the highly heterogeneous critical zone. Kate will be at the forefront as we evolve in our understanding of this frontier.

Read full annoucement here. An article on Kate's award from Stanford can be read here. 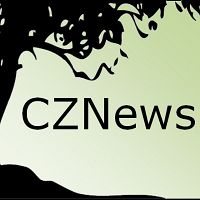