CZO team to develop a new course through InTeGrate

A team of five CZO scientists submitted a proposal to the NSF-sponsored InTeGrate project for the February 15 deadline and recently learned that the proposal has been accepted for funding. This education team will develop an upper-level undergraduate course in Critical Zone science during project year 1, and teach/test the new course in project year 2. The course will be developed primarily for online teaching. The first third to half of the course will focus on an introduction to Critical Zone science as well as the wide array of related data available online from various federal government agencies. The second half to two-thirds of the course will involve learning about the interdisciplinary nature of CZ science through a series of modules that use publicly-available, online data generated by the CZOs. A goal of this effort is to more broadly disseminate the term and concepts of Critical Zone science, to eventually introduce it into the lexicon of society. 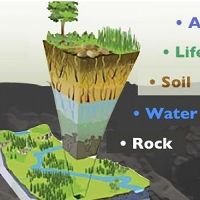 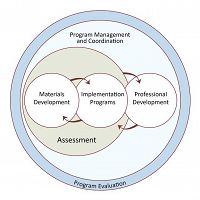 06 Jun 2013 - During the week of May 19, five faculty members interested in Critical Zone science traveled to Northfield, MN to participate in an InTeGrate...