Can we see the Critical Zone breathe?

Watching the clouds fly past on a sunny summer day is not just a pleasant scene, they also show how dynamic our atmosphere is. We can see the clouds being carried away by shifting winds, but we can’t see the invisible ocean of gases the clouds sit upon.  It is unfortunate there is an invisible world of molecules before our eyes and we cannot see the rapid movement  of gases such as carbon dioxide (CO2) and oxygen (O2). These unseen molecules are what keep the Critical Zone of the Earth habitable for plants, and animals, and us humans. Plants and animals all breathe in and release gases to maintain healthy concentrations of CO2) and oxygen O2 in our blood and cells. If we can’t observe gases flowing around us with our eyes, how can we see the Critical Zone breathe? 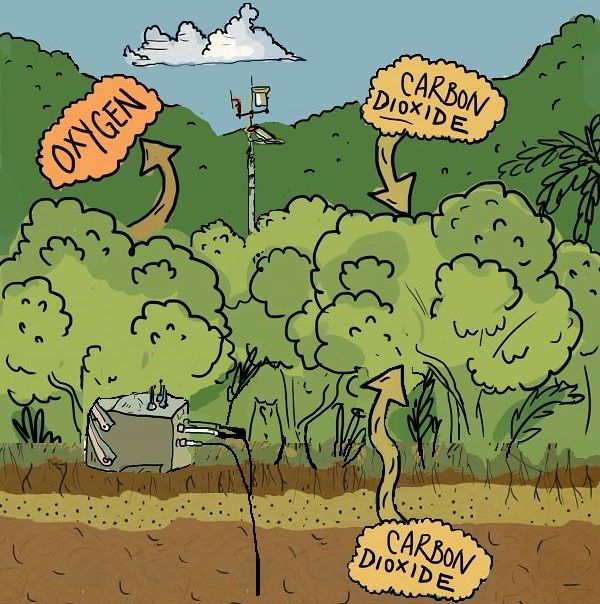 One of the most fundamental way scientists learn about parts of the natural world is to weigh it to determine an objects mass before and after a chemical reaction or process has taken place. However, gases are difficult to weigh and determine their mass accurately. Weighing the mass of air using vacuums and other techniques has been a long standing question since Jean Rey and others in the early 1600s. Only since experiments in the 1700s by Henry Cavendish and others were scientists able to measure the mass of gases. If we know the density of a gas and the volume it occupies, we can compute the mass of a gas. The ideal gas law concept was revolutionary in how we relate temperature, pressure, and mass of a gas.


Nowadays, we measure gases in the atmosphere not by mass but quantifying its concentration in the air using indirect electronic sensors and probes. Many probes can measure CO2 and O2 by metal-gas reactions or using changes in light absorption using infrared and ultraviolet light sources. The exchange O2 and especially CO2 among plants, soils, and organisms are most of interest for Critical Zone scientists. The storage and release of CO2 from the Critical Zone is essential for understanding climate change.


Critical Zone scientists assess CO2 in many different ways. Scientists may attach mini-gas chambers to leaves to estimate the uptake of CO2 by a leaf. Scientists can collect soil gases using pumps or measure the release of CO2 from the surface of the soil using a gas chamber. Scientists can also calculate much bigger fluxes of CO2 from the Critical Zone to the atmosphere using a specialized instrumented tower, commonly called an eddy covariance tower or flux tower for short. These specialized towers are able to estimate the ‘inhale’ or ‘exhale’ of CO2 in the Critical Zone by estimating the difference in upward or downward movements CO2 (check out Baldocchi 2003 for additional background).


Scientists at the Santa Catalina-Jemez Mountains CZO are working to improve estimations of soil CO2 effluxes. To estimate the release of CO2 from soils, scientists frequently use portable chambers and measure the change in CO2 concentration into the chamber, but the sampling frequency is often low, normally weekly, monthly, or seasonally and often only during the daytime in fair weather conditions. Scientists have created an alternative to estimate better the soil CO2 effluxes continuously through time, using a combination of portable soil chamber measurements and the application of the gradient method technique, where soil CO2 is measured at multiple depths in the soil profile to estimate its movement and release from the surface. 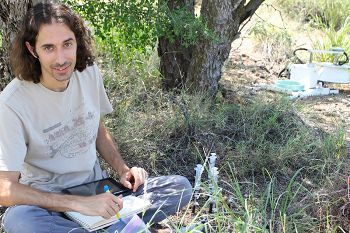 In a study by Enrique Sánchez-Cañete and others at the Santa Catalina-Jemez Mountains CZO (2017), they found that most current models underestimated CO2 release from soil when applied to the gradient method. They conclude that future soil efflux studies need to use a combination of the gradient method and targeted manual or automatic chamber measurements to build a gas transfer model in situ and produce better long-term estimates CO2 from soils 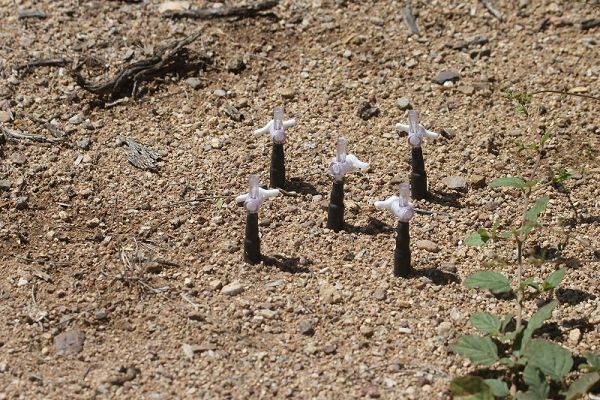 Picture of tubes used to sample carbon dioxide within the soil at the Catalina-Jemez CZO.


By adding up changes in CO2 in leaves, soils, and the local atmosphere, we can see the Critical Zone breathing.


Have any questions swirling in your noodle about the rock, soil, water, fauna, or flora of the critical zone? Send them our way at Askcriticalzone@website.com.

Picture of tubes used to sample carbon dioxide within the soil at the Catalina-Jemez CZO. 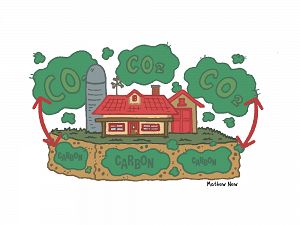 How do people manage carbon in soil? 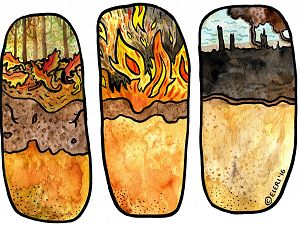 How does fire change a forest?

Article by Nicholas Dove (Southern Sierra CZO) and Justin Richardson (National Office) There is an idiom that states someone too involved in the...

What is the Santa Catalina-Jemez River Basin Critical Zone Observatory?