How do people manage carbon in soil?

Climate change. These two words illicit many feelings. Those in low lying areas dotted around the world’s oceans fear future sea level rising. Others are frustrated over political deadlocks to reducing carbon dioxide (CO2) emissions. Scientists, engineers, and many other professions proudly work towards solutions to reduce the effects of climate change. Of the many sources of CO2 to the atmosphere, agriculture is one of the largest sources of human sources. One of the major causes for this is because of how farmers have treated their soils. However, it’s not just the type of plant they choose to grow. What happens at the surface is just part of the story, most of the action happens belowground, in the soil. So, how do people manage carbon in soil? 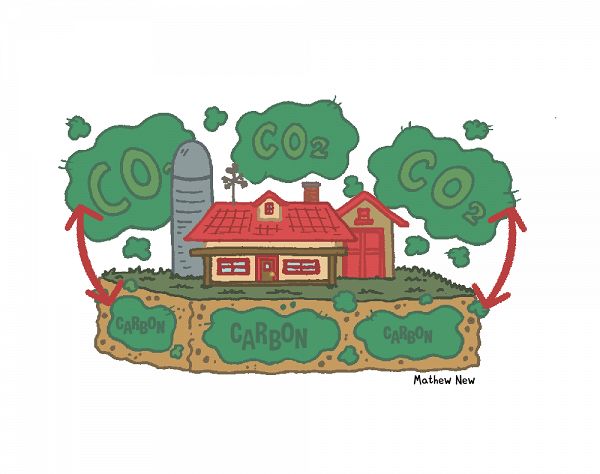 Image 1. A piece of farmland shows the exchange of carbon between the carbon found in soil and carbon dioxide in the atmosphere.

Globally, soils contain A LOT of carbon (2500 petagrams or roughly 2.7 trillion cars!). Which is more carbon than in the atmosphere (760 petagrams or 900 billion cars) (Lal 2004). Carbon is stored in soil as either an inorganic form (calcium carbonates like seashells) or organic forms (like decomposed leaves and dead roots). While inorganic carbon can be impacted by humans, we are generally concerned with the more dynamic organic carbon forms. Organic carbon is stabilized in soil as organic matter, which is a broad term for everything from dead leaves down to the tiny black and brown residue coating mineral grains. In soil, the most highly decomposed form of organic matter is the black and brown residue, which can reside in soil for hundreds to thousands of years (Stockmann et al., 2013). For grasslands and farmed fields, maintaining the storage of organic matter is key for soil fertility and keeping carbon belowground. However, human activities and management practices have impacted the storage of organic matter in soil.


Traditional agricultural methods used in the United States have a poor track record with maintaining carbon stored in soil as organic matter. Houghton et al (1999) estimated that croplands in the United States were loss between 0.1 to 0.2 petagrams (110 – 220 million tons) every year between 1820 and 1930. That is more than 300 Empire State Buildings of carbon released to the ocean and atmosphere every year due to traditional agricultural methods! By destroying the soil’s structure through heavy tillage, applying excessive fertilizer, and leaving soils exposed to erosion, farmers had lost up to 50 % of their carbon (Post and Kwon, 2000). Fortunately, farmers have been reducing the amount disturbance to their soils, using conservation practices (check out the Minnensota Department of Agriculture's descriptions of conservation tillage practices). Some fine examples of conservation tillage are no-till or less destructive tilling equipment and using cover crops and integrated nutrient management plans (Stockmann et al., 2013). These changes have dramatically improved carbon storage in soil.


As a prime example, Dr. Thanos Papanicolaou at the Intensively Managed Landscape (IML) Critical Zone Observatory has studied the loss of organic carbon in soils due to erosion from traditional and conservation methods. In Papanicolaou et al., (2015), he was able to link two different soil models (WEPP and CENTURY) to show that on farmed field with slopes, higher areas on the landscape lost carbon due to erosion over the 80 years of being farmed. Fortunately, changing farming practices to conservation methods has reduced disruption of the soil and recovered much of the carbon stored previously lost from the soil. Although there are still improvements to be made, farmers and agricultural scientists have made a big push to improve carbon storage in soil. 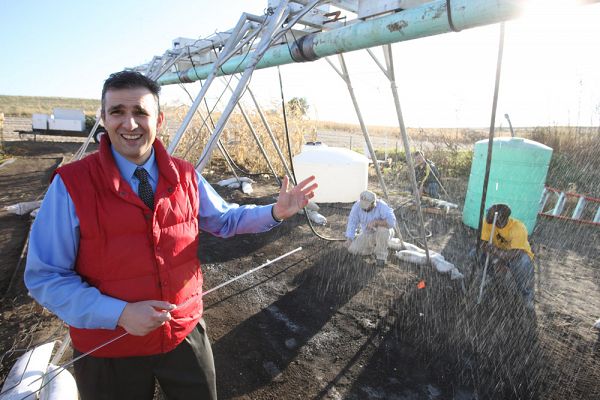 One major problem with managing soil carbon is figuring out how much organic carbon exists throughout the soil. Accurately estimating soil carbon is important for estimating which landscapes or areas of the ecosystem store the most carbon, to prevent disturbing these reservoirs. In addition, areas that store large quantities of organic carbon are important for cap and trade systems, where companies receive financial incentives to keep carbon stored underground, limit their emissions of CO2, or pay or trade to release more CO2. Because the depth of soil and rock content varies strongly, it can be very difficult to estimate how much carbon is stored in a landscape. This is one reason why deep soil carbon pools are often overlooked (Harrison et al., 2011).

Dr. Kathleen Lohse and graduate student Nicholas Patton at the Reynolds Creek CZO have studied how carbon is stored across landscapes in Idaho. In their research, they found that topography (the shape of a slope) and parent material (the material the soil is made from) strongly controls soil thickness and how much organic matter accumulates across the landscape (Patton et al.). This is only part of the research Patton conducted during his master’s thesis (Patton 2016). Determining these types of relationship between geology and organic carbon in soil is essential for people to keep CO2 in the ground and not in the atmosphere. There is plenty more work to be done to fully understand how we can better manage carbon in the Critical Zone! 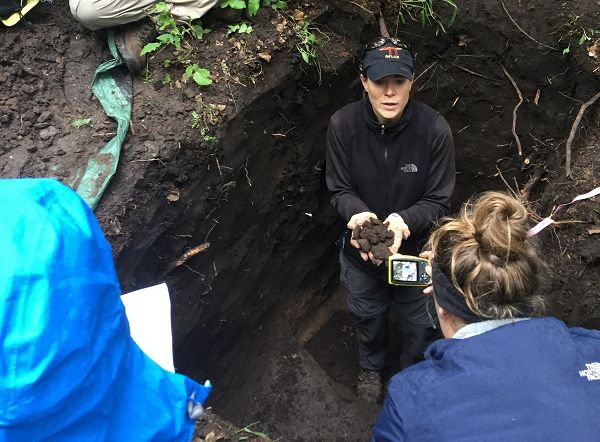 Have any questions swirling in your noodle about the rock, soil, water, fauna, or flora of the Critical Zone? Send them our way at Askcriticalzone@gmail.com.
Science on!

Image 1. A piece of farmland shows the exchange of carbon between the carbon found in soil and carbon dioxide in the atmosphere.