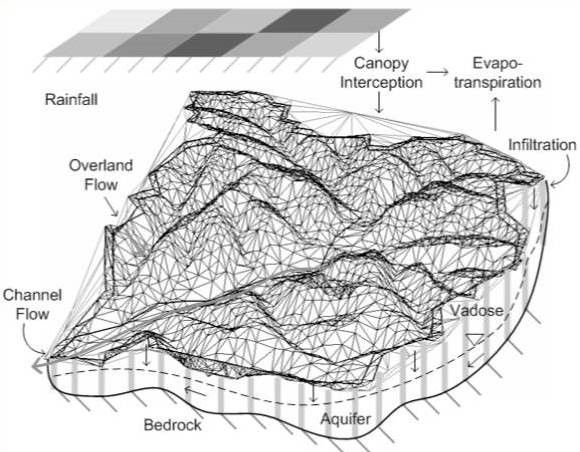 To understand and quantify the hydrologic impacts of deforestation, severe erosion and re-forestation of landscapes, we will perform a series of coupled ecohydrologic-biogeochemical model simulations of CZ hydrology and soil erosion. We will: (i) interpret observational data and estimate fluxes and pools not readily measurable;  simulate evolution of the recovering ecosystem between early data points (late-1940s-early 1960) and new measurements; (ii) hindcast ecosystem evolution through the period of intensive agriculture-induced degradation; (iii) predict future ecosystem trajectories under various climate and land management scenarios; (iv) produce low-dimensional models for theoretical analysis and hypothesis testing.  To achieve these goals, we will extend three distributed ecohydrological models to include biogeochemical processes. Because the models use different ecohydrological parameterizations, their results will be compared using a Bayesian framework (similar to those used in comparing different climate models). 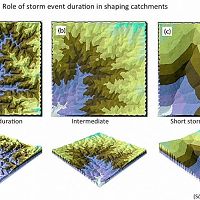 CHILD Model
The CHILD model is widely used for the simulation of landscape evolution. 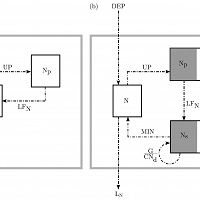 Coupled dynamics of tree and soil C and N during reforestation following land abandonment
Calhoun reforestation was unique: 30% biomass was lost after age 35. Models are used to explore explanations of this behavior. 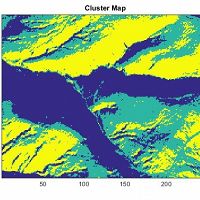 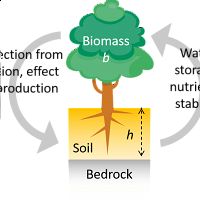 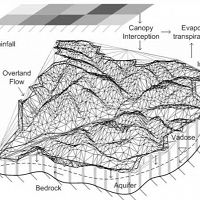 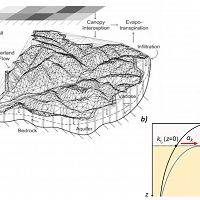 Soil erosion and deposition play an important role on carbon dynamics, as they are capable of altering the rate of carbon mineralization. Assessing the impact of landscape evolution on soil organic carbon dynamics may provide insights on the net carbon fluxes at basin scale and a critical step in understanding challenges that may be posed by climate change.

This study seeks to answer how past erosion in the Calhoun Critical Zone Observatory has redistributed and altered the dynamics of soil organic carbon. This involves complex processes affected by multiple factors such as soil, weather, soil moisture dynamics, and agricultural practice. Current efforts aim to simulate the impact of soil erosion and deposition on the dynamics of soil organic carbon by using tRIBS+VEGGIE and CHILD as underlying distributed physically-based hydro-geomorphic models.