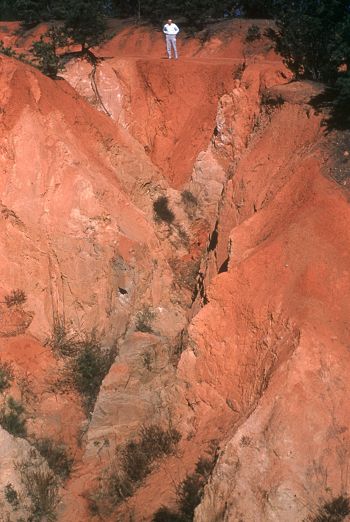 Starting in the late-18th century, forests of the Southern Piedmont of the U.S. were cutover primarily for cultivation of cotton which was critical to the economic development of the region.  Farming practices at the time, combined with the region’s high rainfall and highly erodible soilscapes, destabilized the soil and severely eroded millions of hectares of land.  By the mid-1900's, the Southern Piedmont had lost by erosion the equivalent of about 18-cm of soil (Trimble, 2008) choking rivers and streams with enormous amounts of sediment.

Yet, throughout the 20th century, the warm temperate climate of the southeast stimulated growth of secondary forest on lands abandoned by farmers.  By the second half of the century, the region’s farm-dominated landscapes were transformed into an impressive green blanket of forest vegetation leading a number of land managers, scientists, and the public to adopt the perspective that badly degraded old-fields had recoverd through a process known as “old-field succession” (MacCleery, 1992).  In less than 80 years, Johnson’s (1935) “miserable panorama of rain-gullied fields” had largely been forgotten.

At full implementation, the Calhoun CZO will be equipped to measure and model to what extent the large-scale transition to secondary forest has either restored or masked fundamental human-forced alterations in CZ hydrology, geomorphology, biology, and biogeochemistry.

Education and outreach activities that targets undergraduates and the general public.

Models that couple forecasting and hindcasting of Critical Zone's ecohydrology and erosion-carbon dynamics.

Interdisciplinary modeling that includes the interactions of scientific, social, and historical dynamics.

Plots with contrasting land-use histories will be located, sampled, and instrumented to evaluate historical legacies of human impacts on Critical Zone structure and function. 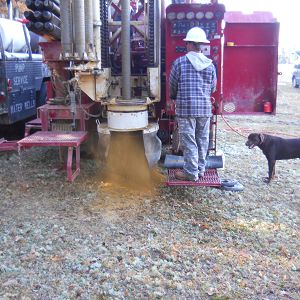 Fluxes of energy, water, and carbon will be monitored and integrated with a detailed examination of the deep belowground biogeochemistry. 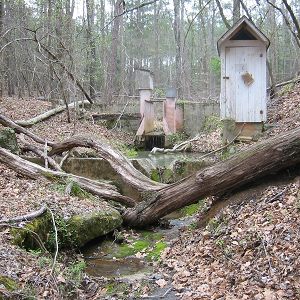 A fundamental challenge for the Calhoun-CZO lies in quantifying how hydrologic responses of eroded catchments have changed during 50-years of reforestation.