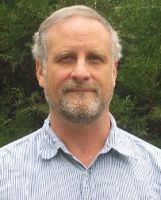 Frederick Scatena, PI of the Luquillo CZO, died peacefully at home on January 2, 2013 after a brief battle with cancer. We mourn the loss.

It is with a heavy heart we express our deepest sympathies for the loss of a colleague at the start of the New Year.  Fred Scatena died peacefully January 2. Throughout his career, Fred, the PI of the Luquillo CZO and Professor and Chair of the Department of Earth and Environmental Sciences, University of Pennsylvania, mentored numerous students in their pursuit of environmental studies.  Scatena’s passion for understanding ecosystem function and sustainability in our evolving global climate and under anthropogenic forcing will be missed.  We salute Fred.

You are cordially invited to a celebration of the life of

Click the link below to accept or decline your attendance:

If you would like to make a donation in Fred's name, please consider:

"I've been thinking a lot about Fred these past few days and how, in addition to being a fine scientist, he was such a wonderful part of the CZO leadership team. He was one of the warmest, most open-minded and interactive scientists I have met during this CZO period.

It is remarkable that only some months ago, he hosted us all so completely, graciously and energetically during the meeting in San Juan and Luquillo. I didn't know Fred before meeting him as part of this CZO program, but I will miss having his balanced perspective, dry sense of humor, and key insights as part of our group."

"I visited Fred and Madelain at their home in Philadelphia on Dec 22. He didn't look very good, having lost weight, but he was as conversant and engaged as always. We talked about science, family, and his Philadelphia neighborhood. [Ironically, I grew up in a house across the street from where he & Madelain bought their home when he took the position at Penn.]

He was worried about the Luquillo CZO and talked about how important it was for that effort to carry on, and also expressed concerns/hopes about the Penn earth science department.

Fred & I were in Puerto Rico the same ~16 years, starting in 1987; Fred at USFS while I was at USGS. We both had our first big hurricane experience with Hugo in 1989 and collaborated on a Biotropica paper  assessing Hugo hydrologic & geomorphic effects. As his other collaborators and students can attest, in addition to being among the most productive scientists I've known, Fred was a particularly strong field scientist and he rarely missed his weekly field day in the Bisley catchments (I think it was always Tuesday). He could outscramble just about anyone on the muddy hillslopes of El Yunque and never seemed to bother with things like raingear. I will miss him terribly." 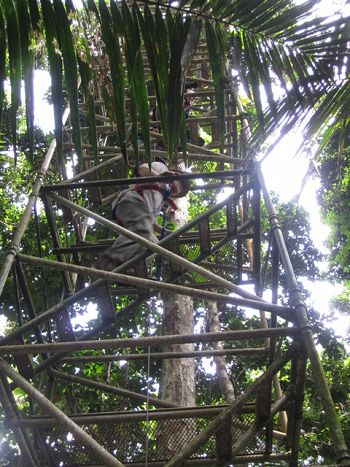 "I first met Fred in one of the courses that I took in the MS Applied Geosciences program at Penn. My relative familiarity with H.T. Odum's Energy Systems Language ("Energese") sparked the initial conversations that I had with him who, I quickly learned, had the opportunity of working with the late Odum himself in Puerto Rico. From then on, I decided to explore opportunities of working in Luquillo CZO. I told Fred that I was interested in pursuing my nascent interest in the use of light stable isotopes in biogeochemistry and ecology. I then asked him to be my academic adviser, to which he did not hesitate to say 'yes'. Fred then made sure that I was fully equipped to make this happen by putting me in contact with other experts in the field, by supporting my coursework, and by sending me to the Univ. of Utah over the summer to take the renowned Iso-Camp course. The depth and breadth of Fred's knowledge of the natural world was all-encompassing; his inspiration and humor were pleasantly infectious.

Indeed, Fred's passion for helping aspiring young scientists achieve their goals transcended the traditional confines of one's disciplinary focus. Where one might see limitations, Fred saw the potential for interdisciplinary collaboration. He was an inspiration not only to myself but also to many students at Penn. I will miss the 11am-12pm, one-on-one Thursday meetings with him.

Thank you, Fred, for helping me begin a journey in the natural sciences. Your legacy will live on."

University of Pennsylvania graduate students Bing Xu and Jaivime Evaristo with Fred prior to AGU 2012.

"I started working with Fred about three years ago. I always found him to be a profoundly decent man and seemed to naturally get along well with everyone around him. He had a tremendous work ethic and his knowledge of Luquillo and the natural sciences was profound. He was a good friend and a great person to work with. I will miss him deeply."

University of Pennsylvania graduate students Bing Xu and Jaivime Evaristo with Fred prior to AGU 2012.