Who does Critical Zone science?

Who does Critical Zone science?

Movies and TV shows lead us to believe that when discoveries are made, it is by a lone scientist, sitting in a dimly lit room, working late in the night and suddenly shouting “Eureka!” While this may have occurred in the 1800s, science today is a team effort. Whether it is a dynamic duo working in a single laboratory or 20 scientists across the world, scientists collaborate! 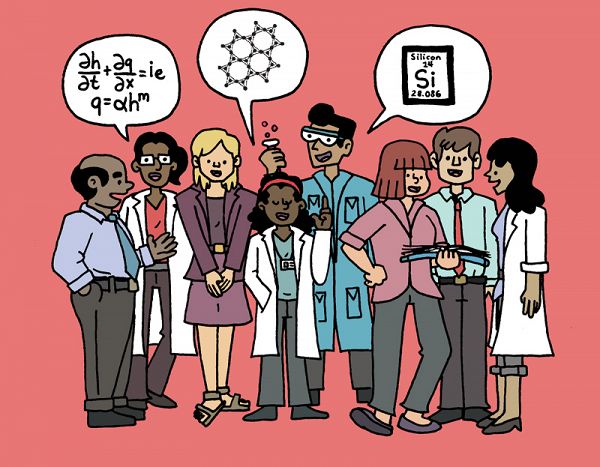 Illustration shows a group of Critical Zone scientists from many different backgrounds and educations in action!

But what happens when different scientific disciplines are required to tackle the same complex question? What does a discussion among ecologists, geologists, physicists, biologists, and chemists sound like? Sounds like a party to us! Each scientist brings a unique prospective to the discussion. This is a fundamental aspect of Critical Zone science, a variety of scientists with different views on of how rock, water, and biota interact due to their discipline’s vantage point. This fluid exchange of ideas blurs boundaries among scientific disciplines. So, if a biologist does biology, and a chemist does chemistry, who does Critical Zone science?

Critical Zone science is first and foremost a community of individuals with different training and life experiences. No individual can be an expert in every field of science. To tackle some of the most complex processes of the Critical Zone requires a community of ecologists, geologists, hydrologists, biologists, chemists, and physicists! For example, the study by Li et al., (Accepted) which explores the role of reactive transport models in Critical Zone science, was conducted by scientists across 22 institutions in departments ranging from Geological Engineering to Crop and Soil Sciences! The reason for such a diverse team is much like any sport, having different talents and specialties makes for stronger team, something President Barack Obama has noted. For example, Page (2007) found that groups with diverse training and backgrounds are more effective at problem solving than elite, homogeneous groups. Page (2007) simply put it, diversity reduces collective error. 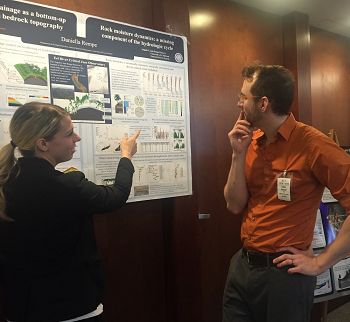 A scientist’s perspective extends beyond scientific training by way of life experiences. Dr. William Dietrich (Eel River CZO) once stated, “The word critical in the Critical Zone means human importance.” Because everyone values things differently, it is important to have many perspectives in the discussion. For example, rural ranchers who depend on forage for their animals may value soil moisture different than suburban dwelling families. Thus, it is important to have stakeholders and scientists from all regions and across socio-economic backgrounds working with Critical Zone science to ensure all views are known. This helps ensure all things valued by people both studied by protected as well. As a prime example, Dr. Jon Chorover (Catalina-Jemez CZO) makes sure that when conducting field work to treat land important to native peoples such as the Tohono O’odham Nation, with respect.

Illustration shows a group of Critical Zone scientists from many different backgrounds and educations in action!