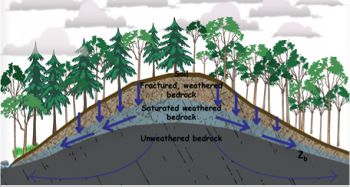 Our prior intensive hydrologic monitoring at other sites in the coastal mountains of the western United States and now at our Rivendell site have demonstrated that the development of weathered, fractured bedrock beneath the soil creates a deep hydrologically dynamic critical zone that controls storm runoff, pore pressures, chemical evolution of water, rock moisture availability to plants, and summer base flows. Many other recent studies point to the hydrologic significance of this zone.  We hypothesize that the striking correlation between lithology and dominant vegetation in the Eel River watershed is driven by relatively high water availability at high water potential in the weathered, open-fractured Coastal Belt rocks versus low water availability at low water potential (high negative values) in the clay-rich mélange.

2. How are solute and gas effluents from hillslopes influenced by biota in changing moisture regimes?

We propose, 1) At a given site, there will be one or more “critical transitions” (shifts in microbial community character) in soils and the underlying vadose region that separate the profiles into zones with different metabolic potential and overall function. The transitions, in particular between oxic and anoxic conditions, may depend nonlinearly on the hydrologic history of the site; 2) The response of the microbial community at any depth to pulsed organic inputs (e.g., due to litter degradation following the first rain) will depend on the nature of the resident community prior this event; 3) The delivery of solutes and solids to the river and ultimately to the coastal ocean integrates over the critical transitions in subsurface chemistry and microbial dynamics. 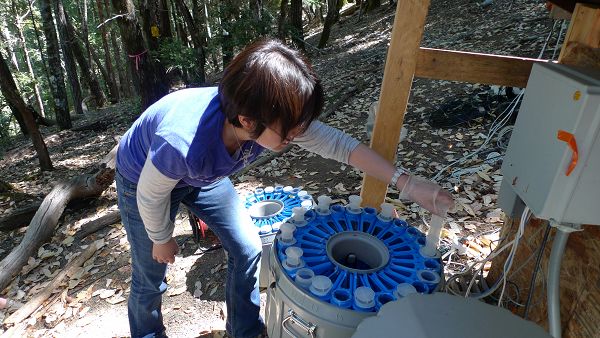 3. What controls the spatial extent of wetted channels in the channel networks of seasonally dry environments?

In seasonally dry environments, the wetted portions of channel networks retract downslope, shrinking river habitat and surface water resources (for wildlife and human consumption) and also drying and heating the local atmosphere (due to lack of evaporation). This stream network and its depth, width, velocity, temperature, and chemistry define the upstream extent of habitat, and it is the path flow takes as it is subject to progressive heating downstream. Channel classification typically distinguishes ephemeral, seasonal, and perennial flows. While the USGS's practice in making topographic maps has included assigning channels into each of these categories, this mapping is based solely on aerial photography and the choice of the map maker, and no sense of timing for seasonal flows is suggested. The dynamic extent of the stream (wetted channel) network has not been systematically mapped at the watershed scale, and there appears to be no theory to predict the extent of wetted channel shrinkage as watersheds progressively dry. This is a major observational and theory gap. Empirical studies of gauging stations have provided valuable analyses of regional base flow (e.g., Santhi et al., 2008), but this does not enable us to map the wetted channel extent. With increasing human water demands and the likelihood of more severe droughts, we need to be able to predict the evolution of the extent of wetted channels and specifically link it to climate and source water usage. The water flow that sustains the wetted channels is derived from the critical zone, creating an explicit link between critical zone properties and hydrologic dynamics, climate, vegetation, and the resilience and sustainability of river ecosystems.

4. Will changes in critical zone currencies induced by climate or land use change lead to threshold-type switches in river and coastal ecosystems? 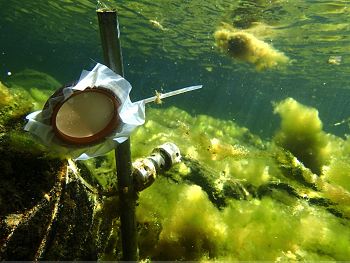 We will link critical zone dynamics and currencies to river ecosystems down the Eel River drainage with: 1) Detailed observations of hydrological, thermal and chemical fluxes and biotic responses in three mainstem South Fork Eel sites near the Rivendell Critical Zone but linked to it in different ways.  2) Surveys of physical conditions and key biota in six comparison reaches within Angelo that differ in critical zone inputs and their degree of fragmentation (physical or ecological isolation) during summer drought. 3) Extensive monthly surveys distributed throughout the Eel basin to document seasonal changes and biophysical relationships affecting salmon, algae, and cyanobacteria.