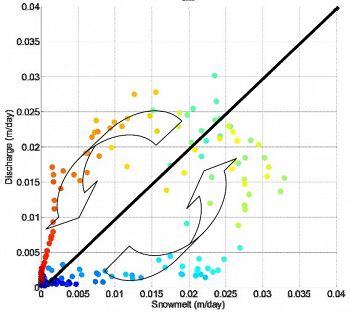 Figure 1. In ELW, 2006 shows a hysteresis relationship, which may be due to filled storage capacity from the previous year

Figure 1. In ELW, 2006 shows a hysteresis relationship, which may be due to filled storage capacity from the previous year

Montane regions of the water resource-limited Western United States receive the majority of their annual precipitation in winter and early spring as snow (Serreze et al., 1999). This hydrologic input is physically and chemically buffered through hydrologic connectivity at the catchment scale (Laurenson, 1961, McGuire and McDonnell, 2006). Catchments with larger storage capacity have longer average flowpaths (Frisbee et al., 2011, Broxton et al., 2009), connecting hydrologic inputs to deep storage systems. Hydrologic connectivity to these deep flowpaths is directly related to higher concentration of weathering products, due to longer residence time (Garrels and Mackenie 1967). Catchment response to daily input variability was measured in two alpine headwater catchments, Green Lake 4 (GL4), in the Colorado Front Range and Emerald Lake Watershed (ELW) in the Southern Sierra of California. Disconnected physical input and output rates, or input rate independent of output rate is an indicator of hydrologically significant storage. Testing the role of physical storage at the catchment scale requires measuring the input and output rates at the same temporal scale, at a small enough resolution to measure short-term connectivity. Snowmelt-dominated headwater catchments provide a single hydrologic input controlled by maximum snow water equivalent, topographic and hydrometerologic conditions. A spatially distributed snowmelt model derived from the extrapolation of point measurements of these conditions is an improvement from extrapolation of precipitation point measurement values for total input to the catchment area. These hydrologic fluxes, at a daily step, over the snowmelt seasons from 1996-2006 were compared. In ELW, 2006 shows a hysteresis relationship (Figure 1), which may be due to filled storage capacity from the previous year. Given the similar geologic terranes, we expect hydrochemcial variability to be controlled by flowpaths through storage reservoirs. The hydrochemical evolution of waters at the output over the snowmelt season show greater flux of primary weathering products, in GL4 relative to ELW and similar variability of secondary mineral weathering products in both catchments.