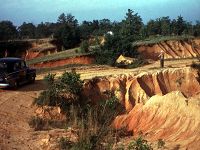 The Calhoun CZO examines dynamics, evolution, and recovery of Critical Zones in the Southern Piedmont which between about 1800 and 1950 from Virginia to Alabama experienced some of the most severe agricultural land and water degradation in America. Photo of eroded and gullied Calhoun landscapes; USDA Forest Service, early 1950s.

The Calhoun CZO seeks to understand how Earth’s Critical Zones respond to and recover from severe erosion and land degradation.

Image: The Calhoun CZO examines dynamics, evolution, and recovery of Critical Zones in the Southern Piedmont which between about 1800 and 1950 from Virginia to Alabama experienced some of the most severe agricultural land and water degradation in America. Photo of eroded and gullied Calhoun landscapes; USDA Forest Service, early 1950s. [Click image to enlarge]

DURHAM, N.C. – The National Science Foundation has awarded $5 million in grants to a Duke University-led study to explore how centuries of soil erosion from human land use is affecting Earth’s life-supporting outer skin.

Scientists call Earth’s thin outer layer its “critical zone” because it’s where rock, water, air, plants, animals, microbes and soil interact to regulate the planet’s environment and provide most of the ecosystem services on which human life depends.

The five-year study will be conducted at the new Calhoun Critical Zone Observatory (CZO) located in the Calhoun Experimental Forest, a unit of the Sumter National Forest in upstate South Carolina.

“More than half of Earth’s landscapes are now affected by natural and human forcings. These lands have a great deal of intrinsic resilience, but today they are experiencing unprecedented pressures. If we are to sustain food production, stabilize the carbon cycle, and provide clean air and water and other ecosystem services for future generations, we need to better understand the land’s sensitivities and thresholds,” said Daniel Richter, professor of soils and forest ecology at Duke’s Nicholas School of the Environment, who will lead the new initiative.

“Our goal is to better understand how rapidly severely degraded land can recover and begin once again to provide these vital services,” he said.

The Calhoun Experimental Forest is an ideal location for the new CZO, Richter said, because it’s located on reforested, abandoned farmland in the Southern Piedmont, a region that has experienced some of most serious erosion and land and water degradation in the United States.

“Nearly 150 years of intensive crop production took its toll on the Southern Piedmont, and by the mid-20th century nearly six inches of soil had been lost to erosion from northern Virginia to Alabama,” he said. “Former farm fields were cut with gullies and, in some places, even deep ravines. Sediment washed into the rivers. Today, downstream rivers still carry enormous sediment loads that began in that period. In many areas of the Piedmont, cultivation-based crops are no longer viable, ecologically or economically.”

By the late 20th century, second-growth forests had grown up from the depleted, rutted land, leading some experts to suggest the land was being naturally restored through a process known as old-field succession.

“Our study takes a more critical perspective,” Richer said, “and is guided by a hypothesis that the impressive-looking reforestation masks fundamental alterations to the local and regional hydrology, biology and chemistry. Much of the Piedmont may not be recovered, so much, as it has been re-stabilized in a highly altered state.”

To test the hypothesis, the new study will pool the expertise of researchers in numerous fields, including hydrology, geochemistry, ecology, biology, soil science, agricultural science and forestry, statistical modeling, anthropology and environmental history.

Wireless networks of environmental sensors will be installed to measure real-time hydrology, energy, biogeochemistry and ecology at the site. Older, tried-but-true technologies – aka, digging holes with shovels and backhoes – will also be employed to collect samples of roots, earthworms and other soil animals, and the history of the land will be explored through library archives and interviews with current inhabitants in the vicinity of the research site.

The study will also draw upon data from more than 60 years of environmental studies that have been conducted at the Calhoun Experimental Forest by Duke and Forest Service researchers.

“This project reflects a new approach to science,” Richter said, “in which multiple natural and social science disciplines, and the humanities, are brought together to explore important questions of our time.”

Data and discoveries from the study will be shared with other scientists and the public through field days, books, presentations, media outreach, and web-based laboratory and classroom activities designed for undergraduates and advanced high school students.

More than $2 million of the NSF grant monies will support hydrology, ecology and soil science research by Duke scientists. 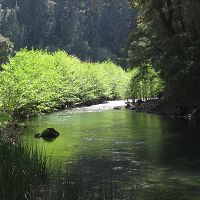 03 Mar 2014 - UC Berkeley scientists will receive $4,900,000 over the next five years to study the Eel River watershed in Northern California... 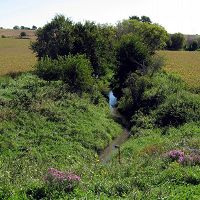 03 Mar 2014 - The IML-CZO focuses on intensely managed agricultural and urban landscapes in Iowa, Illinois, and Minnesota. 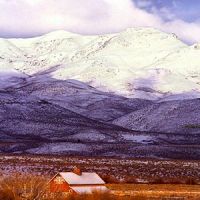