Controls on the distribution and resilience of Quercus garryana: ecophysiological evidence of oak's water‐limitation tolerance 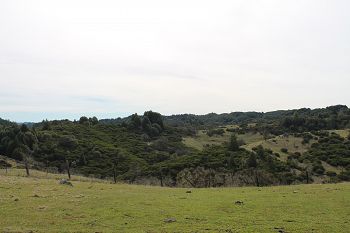 The composition of forests in Western North America is changing. The decline in the shade‐intolerant Oregon white oak (Quercus garryana var. garryana) is attributed to increased competition with the tall‐growing Douglas fir (Pseudotsuga menziesii var. menziesii) as a result of widespread fire exclusion. In a warmer, drier future, both species will experience increased water stress, and their distribution will depend on ecophysiological adaptations to water limitation, of which little is known for Q. garryana. Here, we report a suite of new ecophysiological observations to better understand the oak's water‐limitation tolerance, in order to predict its fate in a changing climate. Our study site in the Central Belt of the Franciscan Formation in the Northern California Coast Ranges receives almost no rain in the leaf‐on growing season and has limited subsurface water storage capacity. In spite of low pre‐dawn water potentials (Ψ; to below −3.0 MPa), mature trees maintained high rates of sapflow. Sapflow continued due to a high Ψ gradient (≈1.6 MPa on average) at mid‐day between shoots and the subsurface (inferred from pre‐dawn measurements) throughout the dry season. Depletion and recharge of stored water in stem tissue and leaves helped to sustain transpiration. Leaves experienced low Ψ (below −4 MPa), and declining hydraulic conductance yet remained functional. Pressure–volume curve analyses revealed that the maintenance of positive turgor pressures in leaves at low Ψ may be attributable to dynamic adjustment due to changes in cell wall elasticity. The turgor loss point may be of limited use in delineating ecophysiological limits to growth and reproduction, as transpiration and apparently normal physiological behavior continued after pre‐dawn water potentials declined below turgor loss limits inferred from rehydrated leaves. These findings indicate that Q. garryana is a water‐limitation‐tolerant tree species that maintains hydraulic function as subsurface water supply and atmospheric demand conditions exceed the ranges at which P. menziesii can operate. These observations can be used to explain Q. garryana's extant species range and anticipate its likely resilience in a warmer climate.