NSF BLOG: No soils, no life 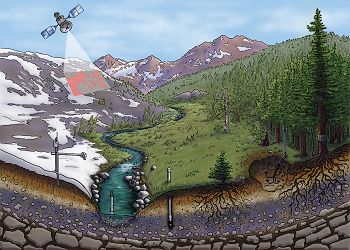 We walk on soils, but often give little thought to what’s right under our feet. In fact, soils are the nation’s – and the world’s – breadbasket, providing food and a host of other necessities, including new medicines and materials.

No soils, no life.

Soils form over hundreds of years but can be destroyed by a single event, such as a hurricane.  They’re vulnerable to wind and water erosion; pollutants, including runoff from highways; and nutrient loss.

Despite a humble exterior, soils are complex ecosystems composed of organic matter, minerals, water, air – and billions upon billions of organisms. These ecosystems orchestrate the processes essential for plant growth, as well as food and fiber production.

The U.S. National Science Foundation is funding researchers who study soils and their importance in our lives. "As the planet’s population grows, scientists need a better understanding of the soil ecosystems that play a critical role in supporting societies around the world," says Enriqueta Barrera, a program director in NSF’s Division of Earth Sciences.

During Earth Science Week 2020, with its theme "Earth materials in our lives," NSF celebrates the soils beneath us.

Ordering in for dinner?  Plants long ago perfected the process.

Next time you’re thinking about whether to cook dinner or order in, plants have been way ahead of you for eons.

NSF-funded scientists at Rice and Cornell universities discovered that plants "call" for nutrients, using soil bacteria as a delivery service. Plants read the local environment and, when necessary, make and release molecules called flavonoids. These molecules attract microbes that infect the plants and form nitrogen nodules in the plants’ roots, generating food.

When nitrogen is already available, plants don’t need to order in, says Rice biogeochemist Caroline Masiello. Their ability to sense the presence of a nearby, slow-release nitrogen source – such as organic carbon – satisfies plants' "hunger," and stills their flavonoid signals.